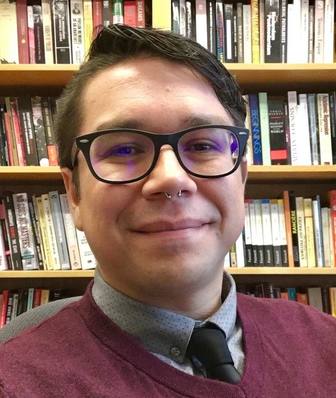 Jorell Meléndez Badillo is the author of Voces libertarias: Los orígenes del anarquismo en Puerto Rico (Secret Sailor Books, 2013; Fundación Anselmo Lorenzo-CNT, 2014; Editorial Akelarre/CEISO, 2015) and co-editor of Without Borders or Limits: An Interdisciplinary Approach to Anarchist Studies (Cambridge Scholars Publishing, 2013). He has published book chapters, as well as journal and newspaper articles on the histories of anarchism, labor, and radical politics in Puerto Rico and Latin America. His work has appeared in Caribbean Studies Journal, Latin American Perspectives, NACLA, International Labor and Working Class History Journal, and, The Abusable Past, among others. He holds a Ph.D. in Latin American History from the University of Connecticut.

His forthcoming book, The Lettered Barriada: Workers, Archival Power, and the Politics of Knowledge in Puerto Rico (under contract with Duke University Press), tells the story of how a cluster of self-educated workingmen were able to go from producing knowledge within their workshops and labor unions in the margins of Puerto Rico’s cultural and intellectual elite, to becoming highly respected politicians and statesmen. It is a story of how this group of workers produced, negotiated, and archived powerful discourses that ended up shaping Puerto Rico’s national mythology. However, by following a group of ragtag intellectuals, this book demonstrates how techniques of racial and gender silencing, ghosting, and erasure also took place in the margins. Ultimately, it is a book about the intersections of politics, knowledge, and power-relations in Puerto Rican working-class intellectual production at the turn of the twentieth century.

He is currently working on another book project, tentatively titled Workers, Radicals, and Intellectuals Across Las Américas: A Transnational History. It explores how radical intellectual communities in Havana, Buenos Aires, and New York developed in relation to one another at the turn of the twentieth century. To explore this phenomenon, the book focuses on a cluster of workers, radicals, and intellectuals affiliated to three of the hemisphere's most influential anarchist newspapers: La Protesta, ¡Tierra!, and Cultura Proletaria. Ultimately, the book tells the story of how these three editorial projects weaved together radical intellectual communities across South America, the Caribbean, the United States, and Europe.

He is currently a Mellon Faculty Fellow (2018-2020), a Founding Faculty Fellow of Dartmouth's Consortium of Studies in Race,
Migration, and Sexualities (2019- ), and Assistant Professor of History (2020- ) at Dartmouth College.